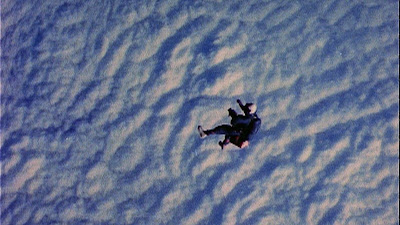 Though I may still try to get a few detailed reviews written at some point, I think I'll begin my Toronto International Film Festival posts this year with single day write-ups and shorter capsules. At least that's my plan as of now - now being 1:15AM after Day 2...

Day 1 started as my last few festivals have - with something a little less mainstream. In 2009, it was the documentary L'Enfer D'Henri-Georges Clouzot (about the French director's never realized film), in 2010 the existential The Four Times, last year the 4.5 hour 3-part Dreileben and this year it was an experimental documentary on the meaning of time called The End Of Time by Peter Mettler.

The film ponders not just the concept of time, but also its relationship to space, matter and even the weather. It does so without long philosophical speeches or technical jargon (though there certainly are many ruminations via voiceover) and instead uses the majority of the film to show "set pieces". It begins with old 16mm film of a test pilot from 1960 being lifted in the air by a helium balloon. Once it reaches a height of 100000 feet, he leaves the balloon's platform and slips back into the Earth's atmosphere. The footage is stunning in all its grainy, shaky, almost abstract look and feel. Later, a visit to the guts of the CERN particle accelerator, the telescopes of Mauna Kea and the hollowed out buildings of Detroit add further images and environments that seem somewhat displaced from the normal concept of time.

A long sequence simply focuses on flowing lava - and it is riveting. As is the footage of rolling waves of clouds and shifting computerized images. As time "moves" all these things change - changing shapes, landscapes and even the weather around you depending where you are ("Everyone sees a different rainbow"). Perception is key - that falling astronaut reached a speed faster than sound and yet he felt like he was suspended in space with time standing ever so still.

Like its own push and pull with the perception of time being fast, slow, decaying, creating (says one man who lives in almost complete isolation: "The days drag and the years fly by"), etc., the pace of the film is quite brisk for the initial hour and then seems to lapse into much more experimental methods of tying concepts to images that moves at about the speed of the previously viewed lava. That's not necessarily a bad thing though - in fact, I found it helped execute its point perfectly. Time is indeed tied to everything around us which feeds into our perception of what it is.

The great thing about seeing this at TIFF is that not only did I run into 4 friends at the screening, but we experienced this unique meditation on film with a packed theatre. Along with the two friends I met before walking into the screening and the additional ones I saw afterwards, Day 1 was what TIFF is about: experiencing new ideas and concepts through film while engaging with people and soaking up their own thoughts.

Yeah, that's definitely how I should start my festival every year. 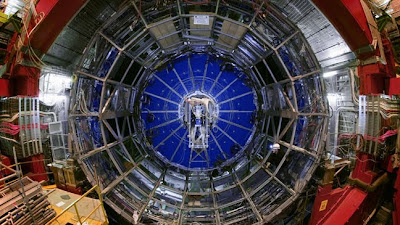