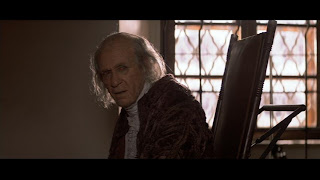 With the Toronto International Film Festival having taken up a sizeable chunk of the past month, I found myself without much time left and in a quandry as to what to choose for the Blind Spot this time around. What did I feel like writing about this month? I don't know, what do I feel like writing about? I didn't just want to slap something mediocre together, but found myself looking for two films that would at least somewhat relate to each other. I ended up choosing two Oscar winning pictures: 1984's Amadeus and 1955's Marty. Besides each film taking their titles from the first names of their main characters and each having taken home the Best Picture prize of its year (as well as Best Actor, Director and Screenplay awards), I thought that the 30 year gap between them would add some interesting comparison points. It turns out that the main characters of each film are much more interesting comparison points than I would've guessed - especially when it comes to the area of mediocrity. 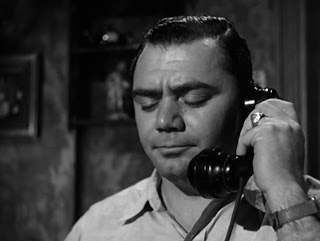 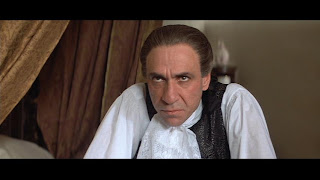 The main character in Amadeus is, in many ways, not actually the famous composer himself, but his rival Salieri (played by F. Murray Abraham in the Oscar winning performance). Though he fancies himself quite the musical genius (and is indeed the court composer for Emperor Joseph II), he is gobsmacked when he encounters the ease with which Mozart creates entire fully-formed pieces (the "voice of God") within his head. Salieri is not only jealous of Mozart's skill, but he wonders why God has given these talents to this vulgar character who drinks, carouses and appears to have no manners about him. Salieri vows to block Mozart's success by working against him behind the scenes and, eventually, to murder him. From the confines of an insane asylum, we learn much of this many years after Mozart's death as Salieri confesses all to a priest after a botched suicide attempt. From Salieri's point of view, everything was fine before this young punk showed up on the scene. Not that it necessarily affected his career, but he suddenly couldn't help but see his shortcomings. Previously, "everybody liked me...I liked myself.".

He can't help but now see himself as just a mediocre talent, forsaken by God. Even though he secretly attends every Mozart performance and opera, he cannot accept this and continues to work towards crushing Amadeus (e.g. ensuring people don't hire him for tutoring positions, closing operas in short order, etc.). His only chance to rise above his own mediocrity is to destroy Mozart and triumph over God. 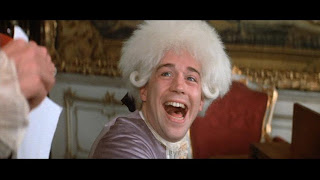 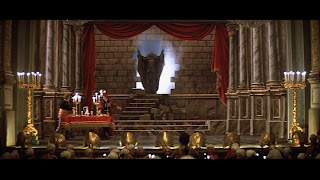 Now let's contrast Salieri with Marty - the centre of Paddy Chayefsky's sharply tuned script that focuses on our reluctance to face change. Marty is just an average joe - at least, that's what he would like to be. He's soft spoken, not overly outgoing and considered a bit heavy set and not exactly a ladies man (though Ernest Borgnine plays those features up, he really is quite a formidable presence). He gets comments from his customers, friends and mother that all tell him what he should be doing. He should be married (and how shameful that at 35 he isn't!), he should be going out at night, he should be dating this girl or that girl, etc. Everyone seems to know how things should be for Marty - because that's how it should be for everyone. He dreams of nothing more than finding a wife and maybe buying the butcher shop where he works, so it's not like he's going against the grain. In fact, he would love some simple mediocrity, but his self-esteem isn't exactly strong and he doesn't see himself as much of a catch. He has tired of looking for women in dance halls and hanging with guys on street corners, so his Saturday nights typically end with him and his buddy Angie watching some TV. He lives with his mother and she worries that he stays in too much, so he gives in to some of her nagging and goes to the local dance hall one more time. On this particular night he happens to meet Clara and feels an immediate affinity towards her. Everyone else sees her as a plain Jane, but that doesn't bother him. 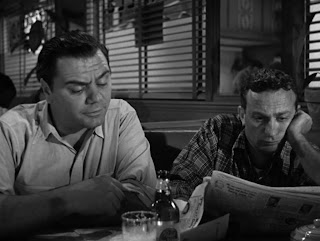 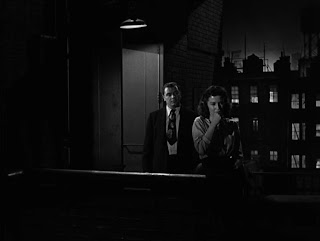 As Marty and Clara start to see possibilities ("we ain't such dogs as we think we are"), everyone else tries to get in their way. For all the attempts they've made to get Marty to this point, they now suddenly realize that their own lives will change if he gets serious with Clara. They are happy to push others to follow conventions, but resist when their own lives might change. Marty's mother, his friends and Angie all put Clara down without giving her much of a chance when they realize Marty may actually be able to change his life with her ("she's nothing", "she's a dog", "she must be 50", etc.). After everyone has criticized Marty, it's apparent that they are the ones that are static and can't accept others trying to reach for something a bit more. Director Delbert Mann makes the film darker as it goes along - each scene seems to have a little less light than preceding ones - as both Marty and Clara try to find their own rays of sunshine. 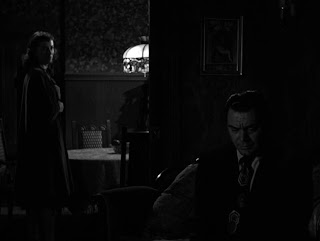 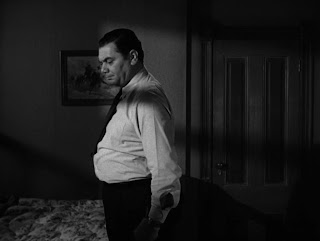 The two films are are vastly different in terms of style: Mann's approach is subtle in both the direction of his actors as well as the use of light and shadow whereas Forman uses the setting of his film to allow for ornamentation within his sets as well as the performances. Tom Hulce goes big with his version of Mozart (his laugh, his hair, his reactions, his eyes) and though it doesn't overly detract from the film, it does become tiring. The smaller roles typically fit into their boxes: the stiff politician, the loud actors, and so on, but two medium sized roles stand out for me - and not in a good way. Jeffrey Jones plays the Emperor and provides little hint as to any regalness. While all around him have typical upper crust cadences to their speech, he seems to be reading his lines in the same voice he would've used at a table read. I like Jones just fine in other roles, but he felt to be an odd choice here. Worse is Mozart's wife Stanzi (played by Elizabeth Berridge) who felt like a cast member straight out of an 80s movie and was out of place when stacked against the rest of the characters. It affected every scene in which she appeared. Abraham is fine, but I wanted some more fierceness from him - given the tenor of the film, I don't quite understand the best acting nod to him. Borgnine's statue, though, is well-deserved as he shifts through quiet sadness, heartbreak, contentment, frustration and elation. 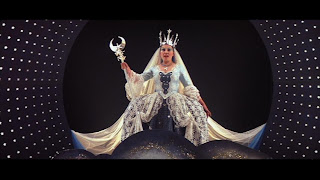 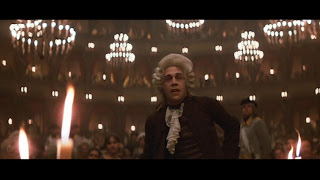 Overall, I found that Marty packs a great deal more to consider and savour in its ninety minutes than Amadeus does in its double the running time. It's not that I didn't like Amadeus since for a 3 hour film it does move pretty quickly, has some well-constructed scenes (the Don Giovanni opera and even more so The Magic Flute) and the music is, well, it's Mozart. But it lacked characters - not just ones that I could relate to or care about, but ones that I could understand and stay with for the entire film. Because of that, there seemed to be a let down in a story that should've been packing an emotional wallop. The scenes of Mozart and Salieri constructing the Requiem Mass were some of the best of the film, but when it is actually used in context there's just no punch. And there should've been...In contrast, Marty brought me slowly into its main character's life and added concern and warmth for those around him. I understood him, empathized with him, worried about him and rejoiced with him. And that's anything but mediocre. 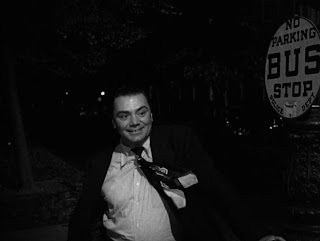 Great post. It's reminding me how much I really need to see Marty. I loved Amadeus when I was a kid but I haven't seen it since then.

Thanks Dave...It's interesting that you mention you liked Amadeus as a kid - my son saw it last year in his Grade 6 class and also liked it. It did actually feel a bit childlike in some sections...

I like both these films. Glad to see Marty getting some love.

Berridge didn't bother me in Amadeus. I saw her as exactly the kind of girl that Mozart, as presented in this film, would have gone for. The 80s movie girl that she would have played in a contemporary film is the exact equivalent to the character she played in Amadeus. In that respect I see her as very fitting for the role.

That's an excellent point Chip...And I guess I can see that, but those contemporary touches (whether Forman meant for them or not), just don't work for me. Against all those carefully built sets, the music and some of the characters fitting into that time period, Stanzi and the Emperor just don't work for me. Perhaps it's because of what I usually expect people to sound like in period pieces (whether they sounded that way or not), but those two stood out like sore gangrene thumbs...