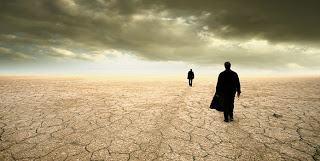 As gorgeous as some of its scenes are, Rhino Season is a waking nightmare of a film. Its tale of a Kurdish poet (remarkably portrayed by Behrouz Vossoughi), unjustly accused of writing political poetry and sentenced to 30 years in prison, captures the absolute worst aspects of humanity - particularly since it is based on actual events that occurred to a family friend of the filmmaker. Bahman Ghobadi (the director in question and Cannes winner for A Time For Drunken Horses in 2000) works through the 30 year span of his story (beginning during the Islamic Revolution) using beautiful imagery, emotional wallops and several true "Wow" moments. The composition of just about every shot is a work of art unto itself containing images that will never leave me. Animal imagery is predominant throughout - a stunning drive with a pack of rhinos, a downpour of turtles, a horse's head peeking into a car - and much of it ties in to the actual poems of the real life jailed artist which are occasionally read as voice over. The imprisonment - which includes a 10 year span for the poet's wife (played wonderfully by Monica Bellucci) - is driven by a personal vendetta, but the restrictive nature of the Islamic regime (both then and now) is never out of your mind. Ghobadi achieves this without hammering home his message and by relying on his camera to show the blackness of the jail, Vossoughi's dark sad eyes and the overwhelming sadness of Bellucci's character. Ghobadi, who is not currently welcomed back to his native Iran, gave an impassioned Q&A where he mentioned the lack of specific references to the government" "Their regime has an expiration date. I didn't want my film to have one." Best of fest. 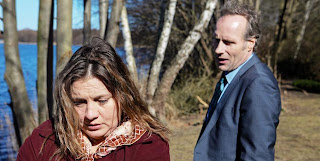 In many ways, my next film was a much simpler affair due to its straight ahead style and small main cast, but don't be fooled by that because Our Little Differences had numerous complex layers sitting just underneath that basic exterior. Initially, it's a very sharply observed look at different styles of parenting (as contrasted between a doctor and his maid), but it ends up digging through much wider class and cultural biases as well. The doctor works at an insemination clinic and is on friendly terms with one of the cleaning staff who also does off hours work as his household maid. They are both single parents (he with a teenage son and she with a daughter transitioning to young adulthood), but take very different approaches to their children. He's one of the kinder doctors at the clinic to her, but after her daughter disappears one evening while out with his son and girlfriend, the differences in their status and position start appearing in their relationship. He remains completely unworried about what transpired, but she is far more concerned about the whereabouts of her child and pesters him to find out what happened. He feels quite put out and as the day wears on he gets more and more impatient with her, begins treating her condescendingly and even questions why she immigrated to Germany in the first place. As the details of the youngsters evening slowly get pulled from his son (I've never wanted to reach through the screen and throttle a kid more than while watching this), we realize no one has the answers. 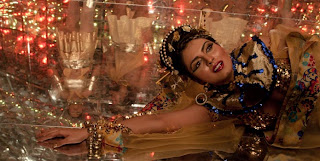 Next up was Miss Lovely and it was yet again a very different beast - and not one I was expecting at all. I went in thinking it to be a light-hearted fun look at the low budget sex/horror filmmaking industry in India and walked away with a dark modern noir under my belt that digs into some seedy, very non-Bollywood movies. Even without all the flash and sparkle, I still left with a smile on my face though since the tale is well told and provides an exceptionally detailed look at the environments within which these people work. The movies within the movie feel spot on perfect (even though I have no major knowledge of this side of India's movie industry) and through the shady dealings of two brothers in the business, we learn all manner of different ways to sneak what people REALLY want into the films - ie. late night showings of some of these movies would occasionally be stopped mid-reel while a single new reel of porn was projected on screen to the delight of the mostly male audience. Though completely outlawed, there's still big demand for the porno reels and the brothers transition from their horror film jobs into the criminal arena. As they get deeper involved, their relationship gets tested, stakes get raised and the film gets darker. Though slow-paced in some spots, I could definitely use another viewing to really keep on top of the many characters. There's a lot offered up here. 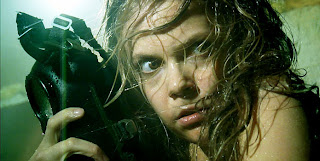 Switching gears yet again, Thale uses a subtle and slow-building strategy to explore the old Norwegian myth of the huldra - beautiful women who lure men into the woods from which they never return. The film manages to pack in far more pleasures than expected into its budget-conscious 80 minute run time due mainly to its focus on character interaction. A pair of buddies who work cleaning up crime scenes uncover a basement space at a victim's house and as they poke about they find a young woman attached to feeding tubes in a bathtub. Apparently locked underground for quite some time, she has more surprises awaiting the two friends - the most obvious one being her tale. As the story expands a bit into the outdoors, a few additional effects are added that remove you from the film somewhat - cheap CGI just looks like cheap CGI - but they are fortunately kept to a minimum. As a first time feature filmmaker, Aleksander Nordaas seems to have good solid command of how to build characters as evidenced by the funny and natural sounding dialogue between the two leads. Considering Nordaas also wore producing, cinematography, editing and even set decorating hats along with his writer/director chores, you would expect that he would have some sort of control, but there were obviously some fully formed ideas that were getting expressed here. An impressive, tension-filled debut.