7 Years Of Toronto After Dark 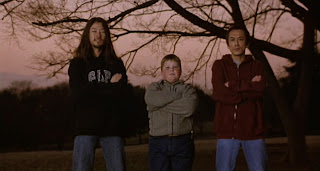 There was a thread on Twitter recently about people's most memorable theatrical experiences. As I thought about which ones I might list, it became quite apparent that a good chunk of those that sprung immediately to mind have taken place at one of my favourite film festivals of the year: Toronto After Dark (TAD). As we head into the festival's 7th year tonight (it runs for 9 days from October 18th to the 26th), I thought I would reminisce a wee bit about some of those memorable After Dark screenings... 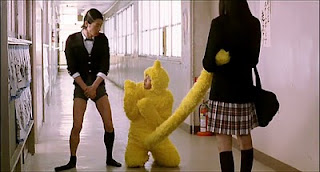 Funky Forest (TAD 2006) - The feeling of community during the screening of this bizarre, funny and highly entertaining film was incredible. Throughout its 2 and a half hours (and two intermissions - one running 3 minutes and the other 17 seconds), complete strangers would turn to each other to share in the ridiculousness - initially with WTF looks on their faces, but eventually fully laughing with the film. As the first 3 minute intermission started its countdown clock on screen, there was a buzz in the room as everyone laughed at the countdown, then quickly began covering some of the highlights with each other and then settled back with anticipation as the clock passed 30 seconds. The applause that erupted as the film kicked back into its second half was warm, genuine and a bit giddy at the thought of what else was in store for us. 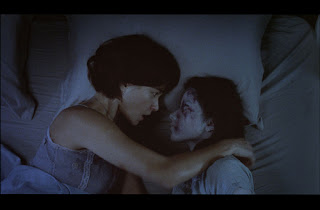 Alone (TAD 2007) - Once again, that sense of community was present during this great Thai horror flick from 2007 (made by the same team that did the original Thai film Shutter). Great theatrical experiences just seem to embrace being part of a larger group, don't they? In this case, it was that shared cycle of dread --> anticipation --> giggles --> jump/scream --> release (laughter) --> short downtime --> repeat...Why this film still hasn't been released in region 1 is beyond me. I can only assume that someone has bought the rights and is sitting on it. A damn shame... 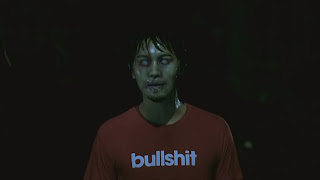 4bia (TAD 2008) - As I've mentioned before, I'm a sucker for anthology films, so this set of four short horrors from Thailand was already a strong candidate to be a favourite. Though 3 of the 4 were quite good, it was that fourth one that put it over the top. Though easily compared to Scream due to its "meta" nature, its story of four male friends going on a camping trip and trying to up each other with scary stories and urban legends stands on its own. Their encyclopedic knowledge of movies and U.S. culture is shown on their various T-shirts, but as things start to go wrong on the trip, they begin questioning whether all these stories don't have some basis in fact. It felt tailor made for an audience of genre film fans and provided some of the loudest and longest laughter of any of the festival years. 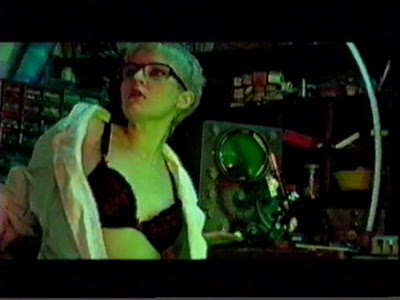 Lazer Ghosts 2: Return To Laser Cove (TAD 2008) - Easily the best short I've seen at the festival - and that is no small praise due the excellent eye the programmers have had for the Canadian shorts that open each screening and the foreign ones put together into an entire program of their own. But this one...Perfection. Made by the Astron-6 team (who eventually brought us both Manborg and Father's Day last year), it's a complete distillation of every wonderful cheesy thing that people love about low-budget 80s sci-fi. 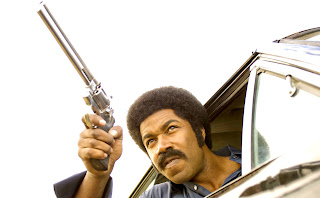 Black Dynamite (TAD 2009) - Talk about a crowd eating up, wait scratch that, devouring a movie. There were attendees who knew of its power, who foretold the riotous guffaws that were to follow that night...Oh sure, we believed that it would be amusing and possibly even "funny", so we patted those people on the heads, rolled our eyes and took our seats. 90 minutes later, we wiped the tears from our faces and began to start to breathe normally again...It still plays well on a second viewing on DVD, but my goodness was that a rollicking good time being jammed between others convulsing with laughter as much as I was. 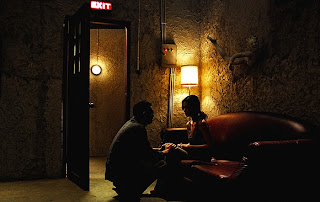 The Forbidden Door (TAD 2009) - Though I quite enjoyed this Indonesian Lynchian tale of a sculptor, his wife and a strange club for members only, that's not the main reason to remember this screening. I arrived late and absolutely soaking wet from a massive storm that broke loose while I was on the subway (the theatre is a 1 minute jaunt from the subway doors and I still got drenched head to toe), but when I poured myself into the theatre I was surprised to see the house lights up and the crowd chatting away. Apparently the storm blew out the circuit for the projector shortly after they kicked things off (we learned later that tornados touched down North of the city and caused very serious damage - including to a friend's parents-in-law's house which was destroyed) and ended up delaying the whole thing by a further 30 minutes. It was perilously close to being cancelled completely, but one of the After Dark staff rode his bike back to his house (in the torrential rain), picked up the backup copy of the film on his external hard drive and pedaled madly back. It actually looked pretty damn good considering the source, but the playback was interrupted several times and affected the flow of the film. But the effort to ensure the show went on was roundly recognized by the crowd - staff mentioned later that only 4 or 5 people actually left and asked for their money back from an audience of about 400-450. That's the kind of festival this is - no one wanted to leave the theatre even when there wasn't a film on! 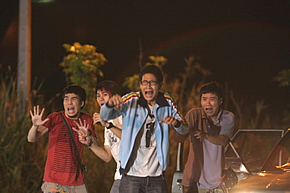 Phobia 2 (TAD 2010) - A sequel of sorts to 4bia with five stories this time - including another one with everyone's favourite characters from the previous film. The other four stories are quite solid, but again it's our four nerd friends who steal the show. This time they are working on the set of a movie - a sequel to the aforementioned Alone (which, without giving anything away, is a ridiculous conceit in and of itself). It's essentially the ultimate send-up of horror movie tropes and folds in on itself in very funny ways without ever calling attention to how clever it is. The crowd was with it all the way. 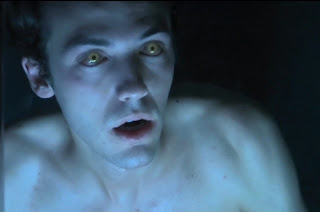 Midnight Son (TAD 2011) and Father's Day (TAD 2011) - I just wrote about these last year, so check out the reviews in the corresponding links. Let's just say both films made my Top 20 for the year - for very different reasons.

There have been plenty more great films, fun screenings, interesting Q&As and, of course, very late nights at Pub After Dark. And it wasn't just the beer and conversation that made those hours after the movies great, it was getting to know the many other people who spent time in that same dark theatre. More and more of them every year.

That's probably my biggest reason for loving Toronto After Dark. 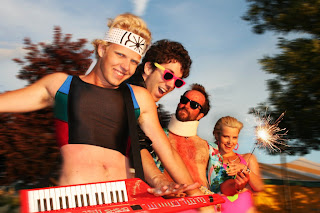 Glad you saw Alone on the big screen. It probably would have gotten some kind of North American release had the bottom not dropped out due to the abundance of some lesser Asian horror movies as well as lousy English language remakes. I saw 4bia as a DVD screener, and agree that the last episode was the best.

Hey Peter...Yeah, that's a good point about the Asian horror market having plateau-ed by that point. It's just that it really is such a fine movie I have to think it would find an audience. But what do I know.

Damn, 4bia would find an audience too! Well, maybe not a huge one, but they would be vocal...