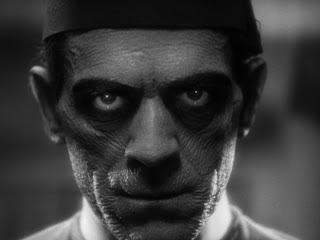 One of the keys to coming to older horror movies (particularly those of the 30s and 40s) is not to go in to them expecting to be "scared". I don't mean this as a way of belittling those movies - in particular my two blind spots this month The Mummy and The Wolf Man - but simply to state that if you are coming to them this late, you've likely had experience with other more intense movies with a different purpose in mind. Many of the more recent movies are designed to ramp up your adrenalin and make you feel unease. The older ones typically want nothing more than to entertain...Personally, I like both types. 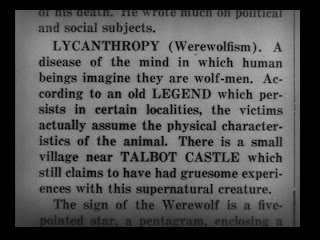 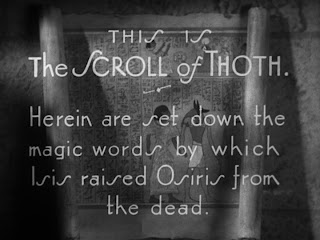 That's also not to say that the older movies can't bring some creepiness to bear since they certainly can. It's a different and less unrelenting type, though, but it can still linger for awhile...Take for instance 1932's The Mummy - it's hard to get a creepier still than the great one of Boris Karloff that leads off this post. The lighting emphasizes those sunken eyes and the close-up gives all manner of detail to the ridges and deep valleys of his (its?) craggy face. The first sight of this face from this vantage point is indeed quite disconcerting. It also helps you put two and two together to realize that this man (named Ardath Bay) is actually the reincarnation of Im-Ho-Tep. A decade earlier, Im-Ho-Tep's mummified remains had been awakened by British archaeologists and now that a new British team is on site, Ardath is helping them to uncover another tomb - this time the one belonging to his ill-fated lover Princess Anck-es-en-Amon. Im-Ho-Tep was sentenced to die after trying to bring his love back to life, but several thousand years later he was brought back by a reading from The Scroll Of Thoth. The new team of archaeologists is actually led by the son of the leader of the first team, a man who said he would never return due to what happened (the man who read the scroll who was part of his team went insane after witnessing the mummy come to life and shuffle out into the desert). By using the most recent team, Ardath (ie. Im-Ho-Tep) plans to find his princess and then reanimate her using the body of another woman - in this case the pretty Helen Grosvenor - who just happens to look very much like her. Of course, the expedition's leader (Frank Whemple) has just fallen for Helen too... 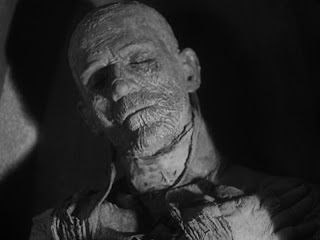 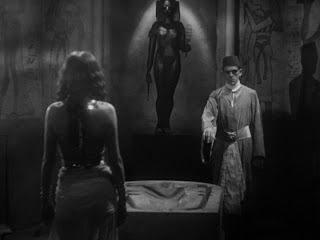 Oddly - at least given the expectations I had coming in - there is not a single scene of a mummy shuffling forward with his arms outstretched. Not one! We see his eyes open, a wrapped hand move into shot and a trailing unraveling bandage dragged off screen as the mummy leaves. This is fine, of course, since the movie doesn't need those shots, but it was still surprising. The Wolfman similarly doesn't overdo too many shots of its titular character - though we do get a wolf attack early on and then the actual wolfman towards the end. That wolfman (and I'm not really giving anything away as it is pretty obvious what the throughline of the story is) is Larry Talbot, recently returned from the United States after his brother's death in order to take over as the heir of his father's estate (located in Wales). Things start out well enough, but as he escorts a pretty shopgirl and her friend one night, he gets bitten by a wolf. Turns out it was one of the gypsies who set up camp (the other stalworth of Universal monster pictures - Bela Lugosi) and his mother warns Larry that he too will turn once the moon goes full again. Larry (played by the lumbering and not overly smooth Lon Chaney Jr.) tries to tell his father, but it's not the easiest thing to explain to someone. 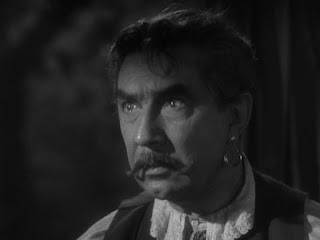 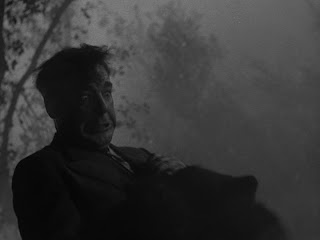 The Wolf Man is less effective at bringing any of the horror elements to the screen - I would have to say that Chaney is largely responsible as he just doesn't fit into any of the character traits or emotions presented him - but it is still immensely entertaining. Occasionally it's for its goofy charm or slightly over the top screams, but for the most part it's because it keeps its story moving and has a game cast. I guess I shouldn't drop all the blame at Chaney's feet as he isn't completely awful, but I can't help wonder how much better the film would have been with another actor in that role. His initial meeting with the shopgirl (after somewhat creepily spying on her via his father's telescope) is awkward at best, but after he has been bitten and the paranoia and acceptance seeps in, he carries the weight of it better. Along with Lugosi, Maria Ouspenskaya (I love saying her name) and Claude Rains have supporting roles and add some heft to the proceedings as we get closer to Larry's first transformation to werewolf. It's not exactly American Werewolf In London, but anyone who compares it to that is just being silly. For its time, the double exposed frames showing the stages of fur growing are reasonably effective. Larry doesn't go full wolf - he still walks upright - but he can certainly bare his teeth and he's not afraid to chow down. And I'm damn jealous of that head of hair he sprouts... 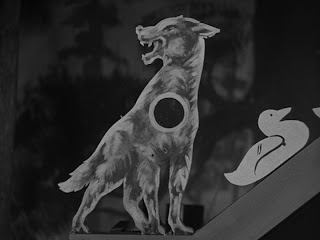 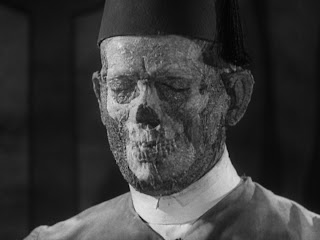 Ardath Bay's "powers" are less obvious, but even more effective as he can remotely control people and even cause their deaths. Handy when people start raising questions about you and show signs of potentially ruining your plans. Helen falls into several trances as Ardath tries to get her back to the tomb, but Frank is doing his best to keep a watch on her. If the film doesn't fly through its story as quick as The Wolf Man does, it isn't a problem - the slower pace adds a bit more dread into the atmosphere and lets you sit with the idea of how to handle an entity like Ardath Bay. It has its goofy moments too though as Frank pretty much proclaims his undying love to Helen within about 5 seconds of meeting her. I know it was a "different time" back then, but that's just a wee bit of a short cut in the story department. There's also the borderline cheesy flashbacks to two thousand years ago complete with Karloff in ancient Egyptian clothing, but it's all forgiven due to the constant fun vibe. The same can also be said of The Wolf Man as you watch Larry's one psychedelic dreamlike moment. 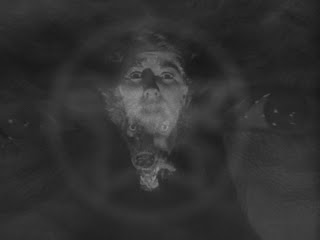 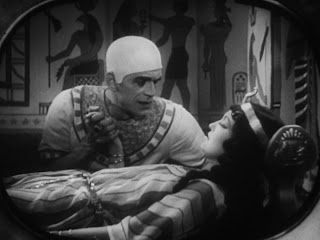 In the end, I'd probably say that I enjoyed The Wolf Man a bit more than The Mummy, but the latter is the better horror film because of some of the images and feelings it leaves with you. At just a few ticks over 70 minutes for each of them, it's hard to find better value for your Halloween viewing than both of these deserved classics. 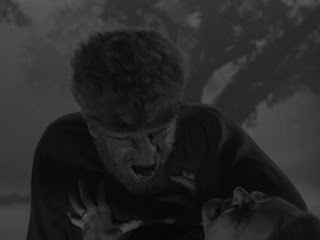 Honestly, I think The Wolfman (as much as I love it, and always will) would be so much better if the casting had been reversed, make Rains play Larry Talbot, and put some old age makeup on the gruff Chaney and have him play the cool English lord (I'm sure he could approximate an accent; or at least play an uncouth, brutish noble.) And Rains would be very moving as the doomed lycanthrope.
Thanks for posting this/Happy Halloween!
--Ivan

Thanks for commenting Ivan! Hope you had a good Halloween too...

Yeah, flipping Rains and Chaney would be a very interesting spin. I get the feeling Rains could pull off just about anything...