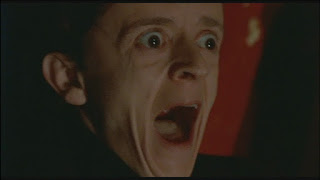 This guy can't believe October is over, but I still have one more chapter left in my month's viewing to follow...


Pet Sematary (1989 - Mary Lambert) - A good half of this adaptation of yet another Stephen King novel is essentially foreshadowing. You know what's coming, you know how it's going to happen and you know what the result is going to be, and yet it takes its time getting there...That's mostly OK as you get a heaping helping of Fred Gwynne during the setup and those bits alerting you to what is to come are handled rather decently. After a new family moves into a house on a well-traveled road (with a single tank truck apparently driving by about 20 times a day), they discover a cemetery at the end of a path behind their house. With help from their kindly neighbour (Gwynne), they learn it's a cemetery for pets and it dates back hundreds of years. When the family cat gets munged on the road, he lets the father in on a special secret - a bit further afield from that cemetery is another one that provides some interesting side effects to those buried there. It has its goofy bits and Denise Crosby threatens to shut the whole damn thing down on her own, but it finds its rhythms here and there and manages to hold you until the eventual denouement which spirals nicely out of control. 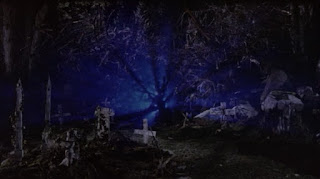 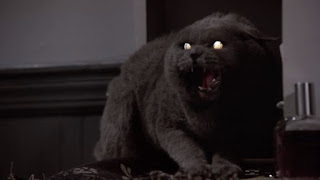 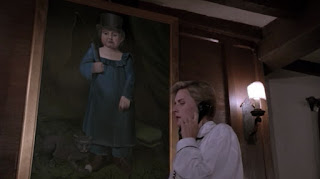 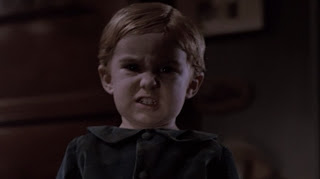 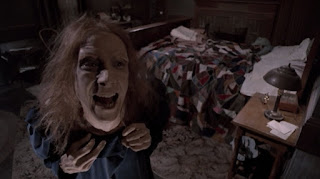 Brainscan (1994 - John Flynn) - You really have to love those older films that played with the early home computers - whether they got the technology right or not, it's always great to see how little we expected the huge revolution that was just around the corner. Brainscan gets a bit of it, though, by centering the story around a interactive, virtual reality horror video game that sucks in shy teenager Michael (played by Edward Furlong). After being unimpressed with the sales pitch, he gives the game a whirl and suddenly finds himself tasked with killing some unknown sleeping man in his bedroom. Thinking it's all a game, he completes the task and can't wait to play the second part since it all felt so real. And then he sees a news story depicting the murder he just committed in the game. Is it real or was it just a game? He balks at playing again, but the virtual host of the game morphs out of his TV into his room and forces him to play several more rounds with more deaths piling up each time. It's a neat premise, but any dread or even general horror at the concept is diminished by the cartoon character Trickster (egads, what a terrible name). It does keep you in suspense as to how it will all play out and stays at a reasonable entertainment level (and provides Frank Langella as a cop on the case - so you've at least got that), but still very much a lesser effort. 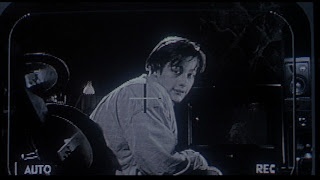 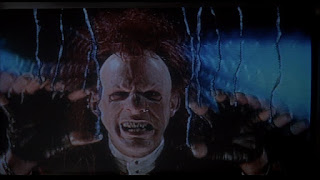 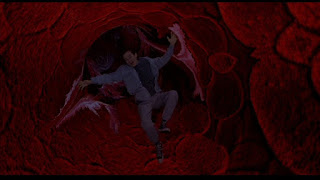 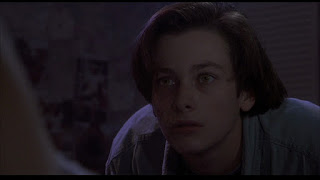 Burial Ground: The Nights Of Terror (1981 - Andrea Bianchi) - Hoo boy...This film is seriously poorly done on so many levels that I lost count. The dubbing, the acting (of both the actors on screen and the voice over work), the random plot, the lack of tension, etc. But, and here's the thing, it still pretty much keeps you watching for the entirety of its 85 minutes. Many would consider it "so bad it's good", but I would just classify it as fun. Three overly sexed couples arrive at a mansion for a weekend (there was probably a reason for it, but who cares) along with the young son of one of the women. Well, when I say young...He acts and is treated like he's 10 years old, but the guy looks about 45 (in reality, he was a 26 year old midget - that's him at the top of the post). Anyway, they just happen to arrive after some amateur archaeologist has awoken a slew of zombified mummies from a cave (which dominoes somehow into random buried bodies also rising from their graves). The zombies slowly corner the guests into their house and narrow the field one by one (including the two servants - who still serve them drinks after the zombies have started attacking). The gore is plentiful and gooey - I swear these zombie dudes are chowing down on raw chicken with ketchup - and the zombies are quite well realized (and damn gross with their green bile and maggots spewing forth from every orifice). It's ridiculous, but I dare you not to enjoy it. Creepiest moment of the whole film: forget the zombies, it's when Michael (the young boy) cuddles up to his mother and wants to not only suckle at her breasts, but also tries to put his hand between her legs...OK, so it ain't all gold, but damn if that wasn't a bit unsettling. 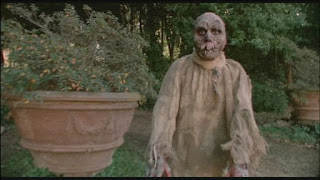 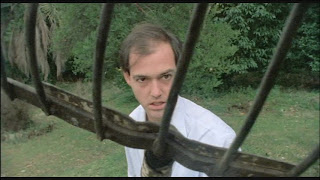 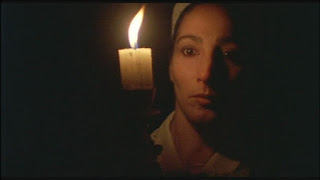 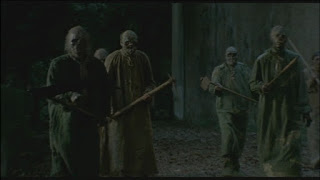 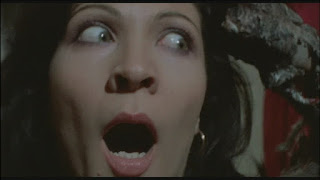 The Uninvited (2009 - Charles Guard, Thomas Guard) - Essentially a remake of the well-loved Korean Tale Of Two Sisters - and now that you know that, there isn't much reason to see it. Well, it's not actually that bad and has solid performances and some well shot scenes, but with the twist out of the picture much of the film becomes rather irrelevant. After spending almost a year in a mental hospital after the death of her mother in a freak accident, Anna moves back home to find her father has now officially shacked up with her mother's caregiver. Her Dad remains rather oblivious to everything, so that leaves her sister Alex as her only true confidante. Anna (played by Emily Browning) isn't exactly a fan of Dad's new girlfriend (played in nice evil-godmother fashion by Elizabeth Banks) and starts to think that maybe her Mom's death wasn't an accident. There's not as much tense atmosphere as there really should be given the ghosts that Anna keeps seeing and the way the plot spools out, but it's decently constructed nonetheless. if you haven't seen its Korean antecedent, then it may be worth a watch. If you have, it really won't make much difference to your life either way if you see it. 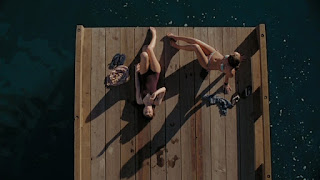 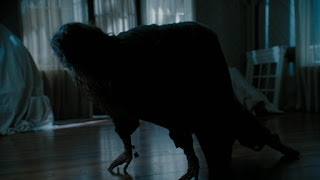 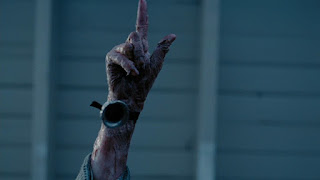 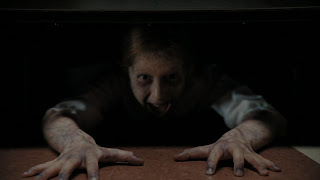 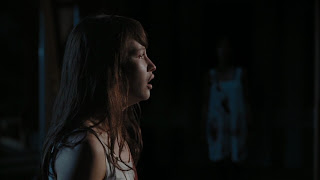 The thing that I appreciated most about Pet Sematary was, believe it or not, that Gwynne was just about the first person I had ever seen in a movie that got the "downeast" accent right. "At least he didn't suffah."

I couldn't tell if Gwynne had it right or not, but when he spoke it was almost melodic. I felt a definite Pepperidge Farms commercial vibe, but without any forced cutesy-ness.