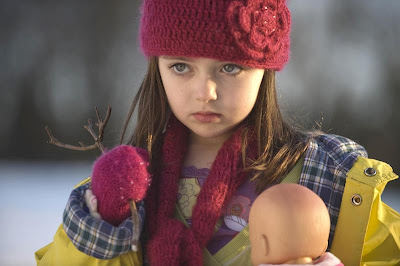 Have you ever been at one of those family gatherings where the numerous small children about are perhaps not quite fully rested? You know, the kind that has those kids on the verge and interspersed amongst the adults at the dinner table while everyone is trying to have a conversation? It's analogous to stalling your car on the train tracks - and you can hear that freight train's whistle a-comin'. There's a scene in Tom Shankland's "The Children" that pretty much perfectly realizes that scenario - the slow build of tension, the little snipes between the parents, the amazing ability of children to ratchet things up to the breaking point...

Though "Grace" was the most unsettling and deep down terrifying film of this year's Toronto After Dark Film Festival, "The Children" is definitely the most immediately chilling. With a strong build of tension through its first half, the film hits overdrive in the white knuckle department as it pretty much sprints toward the finish. Minimal use of false scares was welcomed as it concentrated more on increasing the cringe and wince factor - not by grossing you out, but by using a great deal of foreshadowing and stretching out of each of its scenes.

It starts out innocently enough (don't they all?) as two couples and their children get together for Christmas at a remote house. The women are sisters and get along, but are very different. Chloe awards stars for her kids' good behaviour, wants to home school them and has very definite ideas about child rearing whereas Elaine still has a bit of the party girl left in her and is with her new husband. Elaine has a teenage daughter and a young boy and her husband Jonah brings his own daughter into the mix. Chloe and husband Robbie have a young daughter and a son, so it's a full and boisterous house. The men bring contrary styles to things as well. Whereas Jonah is self-centered, doesn't have a whole lot of time for any of the kids (except his own daughter) and flips between calm recitations of rules to physical outbursts, Robbie is always mediating, wants to be all the kids' friend and even shares a joint with teenage Casey. 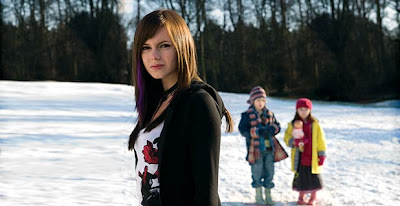 During these initial stages of the film, the story does a great job in slowly bringing out these different parenting characteristics. These people love their kids, but through all their different techniques might not be listening or paying attention to what the kids really need. While we're getting the lay of the land with the adults, something's happening with the children...The youngest is the first to exhibit some strange symptoms - along with strangely pale features and other signs of sickness, he has become not just unruly but violent. The youngest girl is next to be "infected", followed by the oldest boy and then eventually by Jonah's daughter. She tries gamely to resist the sickness and the urges, but simply can't. Teenage Casey is the first one to clue into the fact that the kids are NOT alright. Sometime after the first "accident", the kids begin actively trying to "off" their parents, but the parents just can't believe Casey's warnings. It unravels from there.

The cause of the behaviour is mostly irrelevant, though it is hinted at in some initial shots as well as several cuts to an ominous forest and its rustling branches. The cinematography is gorgeous - the exterior shots showing bright beautiful winter days that turn suddenly grey and cold while the interior shots are all golden hued and warm until things aren't so sunny anymore. The foreshadowing mentioned earlier is done in various ways, but mostly by framing scenes carefully and placing objects just within sight that will come into play later. The final half hour or so is mostly straight horror film conventions in many ways, but they are executed extremely well and it makes for one of the more entertaining of recent horror films. It's also been imbued by much food for thought. Can a parent really believe that their little precious offspring could ever be a monster? Can what you do as a parent (no matter what your parenting style) really affect your child or are they bound to follow the crowd and get more influence from their peers? As a parent, that last thought is pretty terrifying all on its own. 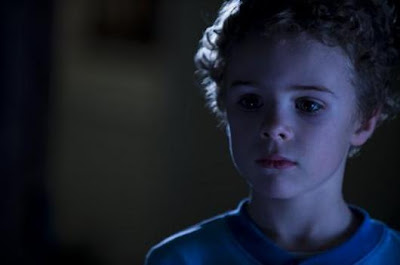