The Toronto After Dark Film Festival wrapped up just over a week ago now, so it's probably time that I wrap things up too. First up, the Audience awards (announced last Friday): 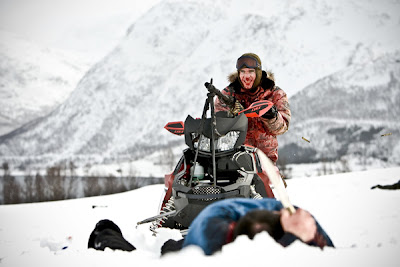 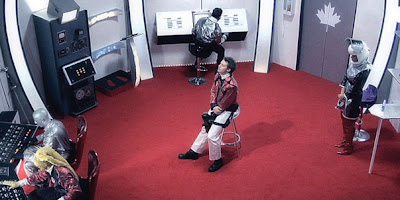 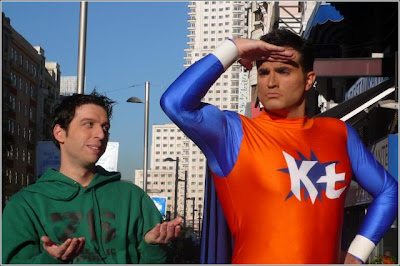 2. The Horribly Slow Murderer With The Extremely Inefficient Weapon


Though I didn't see the International Shorts program, they replayed one of them in the pub late one night after screenings. I sat there pretty much transfixed - even without it's mutated video game score, it's the craziest Nintendo DS game you'll ever see. Just when you think it's gone over the top, it has more. It's Paul Robertson's "Kings Of Power 4 Billion %" (below in 2 parts): 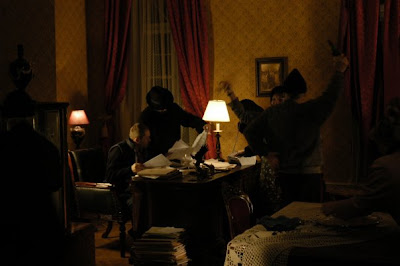 I saw several other films that I didn't review - either because they were simply OK and didn't provide a strong enough reaction or I just didn't have much to say (that's not necessarily bad). Here's five other films from the fest:


The Warlords - Longish epic-blood-brothers type film, with superior large scale battle scenes and a really good performance by Jet Li. Yes he can act. Wasted its female character a bit, but it's not about her...It's about the three warlords, their pact and what happens when it all falls apart. This has been hung up in legal battles between producers, so it hasn't screened much outside of China and surrounding areas. I think it would find a solid audience here.


Dead Snow - Nazi zombies in the snow. That's all you need to sell this film. And it pretty much reached all expectations. I'm surprised they didn't go a bit deeper into the Nazi background, but now that I've thought about the film, I'm pretty glad it didn't. It was able to stay fun - as evidenced by the Audience Award it received.


The Revenant - For a totally independent film, this looked really good and had some great ideas. What happens when your best friend dies and comes back as a zombie? Do you still go out drinking and partying? It ran a good 20-30 minutes too long though and let far too many of its scenes extend past their usefulness. It should've ended before the plot went off the rails, but it entertained for the most part and had some great effects.


Must Love Death - Probably my least favourite film of the festival. The tag line is "What happens when a romantic comedy meets a horror film?" Well, not much really - you get neither. The romcom is obviously a take off on all the crappy romcoms you've ever seen, but it unfortunately is even worse than those crappy romcoms you don't want to actually see again. The horror parts are better and they had some good ideas, but messed with the tone of the picture far too much - is it tribute, spoof, subtly comedic, gore-y, etc. Not terrible, but it didn't have a solid foundation.


The Forbidden Door - I quite enjoyed this Indonesian Lynchian tale of a sculptor, his wife and a strange club for members only. The screening was actually delayed by half an hour because of a massive storm that hit the Toronto area and blew out the circuit for the projector (we learned later that tornados touched down North of the city and caused very serious damage). The film was perilously close to being cancelled, but one of the After Dark staff apparently rode his bike back to his house (in seriously torrential rain which managed to completely soak me just in my 1 minute long walk from subway to theatre), picked up his external hard drive where he had a backup of the film and drove it back. It actually looked pretty damn good even from the hard drive to the big screen, but the playback was interrupted a few times and unfortunately the flow of the film was somewhat ruined. But geez, what an amazing effort to avoid the cancellation. All hail the staff of After Dark. On top of that, apparently only 4 or 5 people actually left and asked for their money back from an audience of about 400-450. That's the kind of festival this is - no one wanted to leave the theatre even when there wasn't a film on!

So yeah, it was a great year for Toronto After Dark. 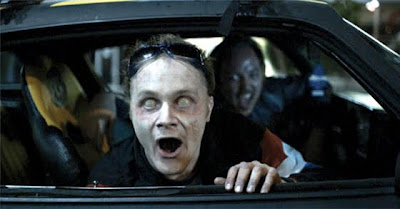 Well, remember that it did show on Zombie Day where it was half price for anyone dressed as zombies. And it was voting by the people in attendance at the individual screenings. I think "Black Dynamite" was far superior (and so damn entertaining) and "Grace" and "Rough Cut" far better films, but I have to say I enjoyed "Dead Snow" for what it was. It could've been a better different film, but it was pretty fun as it was.

Wish I was there. Which version of The Warlords was shown, 126 minute or 110. I have the international 110 minute version which I wrote about. It's the last time I'm getting any movies from Asian Cult Cinema. Xu wasn't a big presence in that film, but I highly recommend her version of Letter from an Unknown Woman which she stars in and directed.

Hey Peter...It was the 110 minute version. I wish they had done more with Xu as well - seemed like they just needed her to create the wedge between the brothers, so they didn't bother doing much else with her. Given the fact that this is already 2 years old, I had kinda gussed that you had already seen it.

Thanks for the tip on "Letter".