October Horror - The 31 Flicks That Give Me The Willies 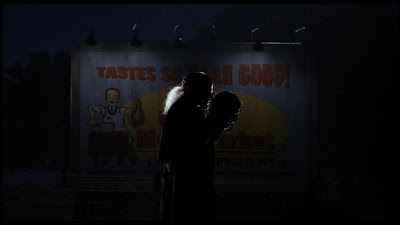 Shoot The Projectionist has the final list of 180 films that received at least 3 votes each from early ballots for the favourite Horror films of all time.

It's a terrific list filled with great films and I'm happy to see that it's longer and more diverse than I expected. I've seen about two thirds of them, so I obviously have some work to do. Most of my initial picks made the final list (27 of 31), so I guess I'm not overly original in my choices. Oh well.

The 4 I chose that didn't make it were: 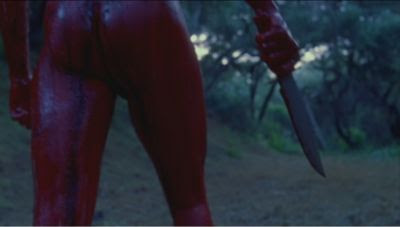 And then there's a whole bunch I had bubbling under. I'm still wondering if I should've included some of these instead: 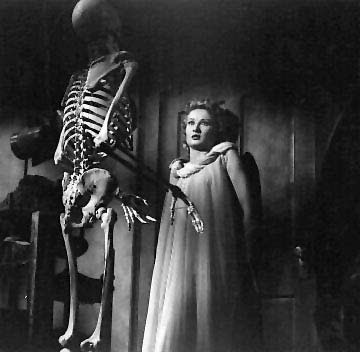 
Here are my final choices from that whittled down list. It's really a mix between those films that truly give me 1) the willies, the shakes and the heebeegeebees and 2) big entertainment value. Not a perfect set of criteria by any stretch. One of my favourite films regardless of genre ("Night Of The Hunter") is on the final voting list, yet I'm not picking it. I love it to death, but it just doesn't feel right for me to put it on this list. The picks are really closer to being based on "What would I really like to watch RIGHT NOW." It's all about gut feel...Disgusting, slimy, stinking guts...

1. Halloween (1978) - The grand daddy of 'em all. I remember seeing this for the first time when I was 13 or 14 at a high school movie night and it scared the entire auditorium. It was also an early touchstone for me to realize that movies could be shot in different and interestng ways. And the scene where Jaimie Lee is hiding in the closet is one of the most tension filled moments ever put on celluloid.

2. Ju-On - The Grudge (2003) - The first time I watched this I realized half way through that I was curled up into a little ball on the couch...Gradually the film works on you using its sound field, subtle effects and disorienting timeline. So far I like all 4 Japanese films and even the two U.S. remakes. The ghostly encounters are becoming less and less consistent, but it's all about the atmosphere.

3. Pulse (2001) - One of the best creepy films ever...Kiyoshi Kurosawa's commentary on human disconnectedness is a dark, relentlessly depressing and hopeless vision of the future. With subtle audio effects (even occasional complete dropouts of sound) and subtleties lurking in the background, he's created an environment I can't shake until days after I've seen the film.

4. The Shining (1980) - Another film that sears its images into your brain. The twins, the waves of blood pouring from the elevator, the old woman in the bathroom, the frozen face of Jack...

5. Deep Red (1975) - I love "Suspiria", but this may be my favourite Dario Argento film. The tension and atmosphere are just excellent and there are some great set pieces.

6. Aliens (1986) - I've never felt so creeped out and tense while walking out of a theatre. I remember the night actually - it was a warm summer evening at a small theatre in Northern Vermont. We were the last ones out, walking across an empty lot to our car, picking up the pace as we went...The last section of that film had me white knuckled.

7. Suspiria (1977) - From that great opening scene in the airport to the last few tense moments in the witches coven, this is gorgeous to look at with perfect suspenseful music. This film just simply works for me.

8. Audition (2000) - I've never winced so much as when I watched that end torture scene for the first time. 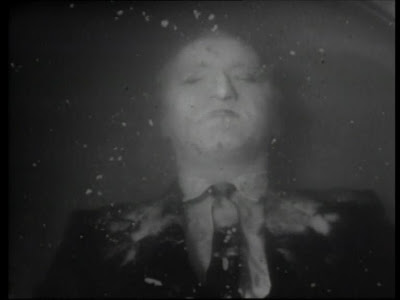 9. The Changeling (1980) - One of the best ghost stories around...As several have mentioned, a bouncing ball can be really scary.

10. Kwaidan (1965) - This anthology of 4 Japanese ghost stories must have been a huge influence on the recent J-Horror films. Again, part of the spookiness in these tales is determined by how sound is used to create feelings of unease. It's a beautiful film to look at too.

11. Dawn Of The Dead (1978) - The acting in the film is a sore spot with me, but it's a horrific situation that even has room for satire.

12. Ringu (1998) - If that 30 seconds of the video which dooms its viewer isn't seriously spooky, the rest of the film doesn't work quite as well. Fortunately it is. And the final crawl out of the TV is just terrifying.

13. Scream (1986) - Though it may have spawned an awful lot of imitators who thought they were more clever than they were, "Scream" actually is terribly clever. And funny. And damn scary.

14. Candyman (1992) - I have little tolerance for real belief in supernatural things when there is no evidence to support them - Occam's Razor should apply in these cases. Why believe in something completely fantastical and almost impossible to prove, when a much simpler solution is readily available? Having said all that, I just couldn't bring myself to actually go to a mirror and say "Candyman" 5 times after seeing this film.

15. Black Sabbath (1963) - The third and final story alone, with its gorgeous colours and creepy corpse, is enough to recommend the film. And there's two more.

16. Carnival Of Souls (1962) - Proof positive that limitations in budget don't have to limit your imagination. 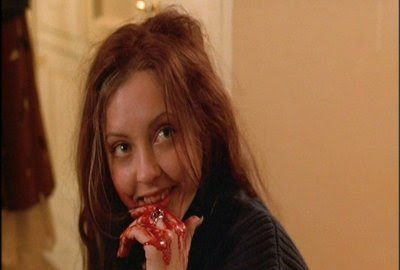 17. Session 9 (2001) - An abandoned insane asylum sure sounds like a perfect place to set a horror story, doesn't it? Turns out it is.

18. Ginger Snaps (2000) - On the night of her first period, the elder of two outcast sisters gets bitten by a werewolf. How's that for a metaphor for passage into womanhood? It also hapens to be a very scary movie...

19. Uzumaki (2000) - The denizens of a small village find themselves either fascinated or terrified of spirals (some turn into snails, some kill themselves at the thought of having spirals in their ear canals, etc.) and they all seem to be going crazy. The film nicely ties in its manga roots by including little spirals in subtle ways and in corners of the frame.

20. Peeping Tom (1960) - Director Michael Powell's career was thrown off the rails when he released this tale of a cameraman who is obsessed with people's facial expressions of terror. So fascinated is he by these expressions, he kills people with his camera to capture the moment of pure terror before death (he uses a sharp blade attached to his camera's tripod). Though condemned as morally evil, this is a fantastic movie of one man's inability to deal with reality as he wrestles with the abuses he suffered from his father.

21. Onibaba (1964) - More classic Japanese horror. Slow moving, but it implies such a gruesome existence and contains some images that will instantly lodge in your brain forever.

22. The Birds (1963) - The film is much slower than I remember it when I was younger, but the big scenes still loom large. Especially when Tippi is caught in the room.

23. Invasion Of The Body Snatchers (1956) - Scary more from a conceptual point of view, this 50s sci-fi horror can be taken either as a warning against communists or a damnation of McCarthy. Quite the feat.

24. Cat People (1942) - Simone Simon is gorgeous, the lighting is incredible and I may never swim alone in a pool again. 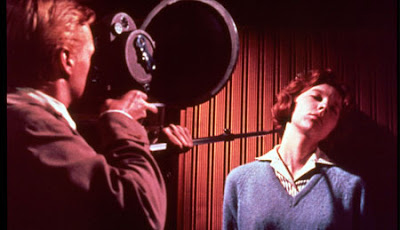 26. The Pit And The Pendulum (1961) - My favourite of Roger Corman and Vincent Price's Edgar Allen Poe films.

27. Vampyr (1932) - You absolutely have to love a film that shows the dead body's point of view from the coffin as it's being carried to the graveyard. Early surrealistic telling of the vampire myth by Carl Theodor Dreyer.

28. Repulsion (1965) - Probably the best realization of descent into madness as I've ever seen on film.

30. Jeepers Creepers (2001) - The opening half of this film is terribly disturbing as it considers the possibility of a serial killer living out in the middle of nowhere with free reign to gather up his numerous victims...It turns to a more fantastical second half (which is still good), but it doesn't lessen the impact of that first part. 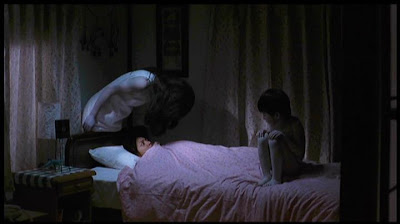 Email ThisBlogThis!Share to TwitterShare to FacebookShare to Pinterest
Labels: Horror

I was so thrilled to send in my picks for this one. The original nomination list was a lot easier to do than the final!

There are a few on your list I've not yet seen (Deep Red, Session 9) that I will have to add to my list!

Oh definitely try to see both "Deep Red" and "Session 9".

I was wondering who else voted for Kurosawa's Cure and now I know! I'm disappointed it didn't make the final list of nominees since I think it's superior to Pulse, which seems to have a larger audience. Oh well, people don't know what they're missing!

Thanks for sharing your whole list since you mentioned a film I haven't seen (Shallow Ground) and now I want to give it a look. It sounds interesting and I like the image you posted from it. The final results are going to be interesting, but I probably pretty predicable. I really weighted my own final ballot with obscure films in an effort to get them on the list, but we do share many similar titles.

Though I don't necessarily want to compare "Seven" and "Cure", anyone who likes the former really ought to watch "Cure". Unsettling is putting it mildly...

I loved your list Kimberly. As always you've given me some further titles to search out. I wanted to include some more lesser known films including some of the Italian stuff I've seen of late ("All The Colors Of The Dark", "Torso", etc.), but none of them quite cracked the 31 I had layed out initially. It's possible they may climb the charts after further viewings. "A Lizard In A Woman's Skin" didn't quite grab me though...

I can't wait to see "The House With Laughing Windows" though. It looks tremendous.