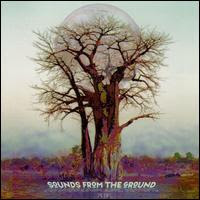 
I suppose calling electronic music organic sounds a bit silly (and a bit pompous too - what the hell does "organic" mean?), but I keep coming back to it when I think of this album. The shuffling beats and musical fills that appear throughout the main grooves of each tune just feel like a natural part of the music - and not something that may have been programmed. I get a definite feeling that I could watch a real live band pull off the music live. This isn't hard four on the floor style techno, but a more gentle head bobbing music that lets you drift off with it. Maybe that's why I keep coming back to it.


My Barbara Stanwyck stalking continues...As a gangster's moll named Sugarpuss O'Shea, Stanwyck finds herself cooped up with 8 academics as they are compiling an encyclopedia (somewhat of a Snow White And The Seven Dwarves situation) and creates one of her best characters. Her vast knowledge of "slang" is helpful to Gary Cooper's character's research, but he soon begins to fall in love with her. Meanwhile her boyfriend is plotting to get her out of this temporary hideout and across State lines. Stanwyck sells the character perfectly - her usage of the script's slang ("just java, hold the cattle") fits Sugarpuss and seems so natural. The elderly professors are also quite entertaining and funny in their own right in this sharply written (by Billy Wilder) film. 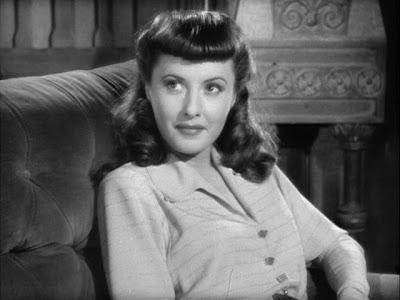 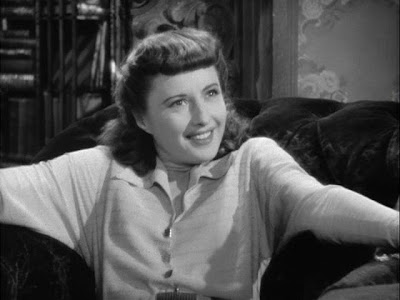 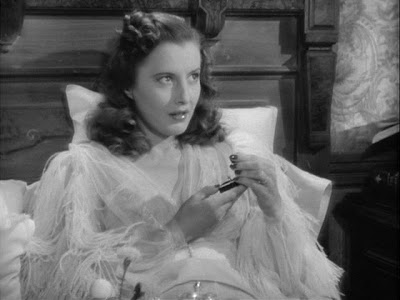 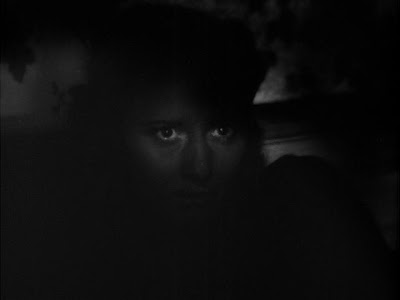 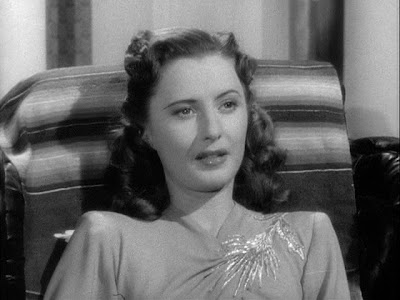 
Joseph Gordon-Levitt is quickly becoming one of the great young actors around. He was terrific in "Brick" and is equally good here as a young man who must deal with severe memory problems as he recovers from a horrendous car accident which was his fault (and which killed and injured several of his friends). Because of these issues, and his position as an evening bank janitor, he's targeted to be a lookout for a gang planning a late night heist of the bank when it is at its seasonal height for cash on hand. Levitt sells the character's problems and his struggle extremely well and this helps you feel sympathetic for him as he gets pulled deeper and deeper into the crime. The film handles that sense of doom quite well and brings together the thriller elements nicely towards the end. 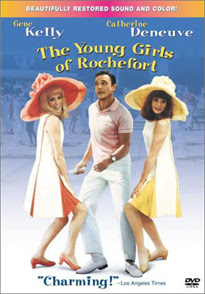 
Pure entertainment straight through...This carefree musical is set in the French town of Rochefort where Catherine Deneuve and Francois Dorleac play twin sisters seeking greater fame and love outside of the town. They plan to head for Paris, but could their true loves actually be just around the corner? The stories are pretty much throwaways and really just serve to have the truly superb songs choreographed and sung in different parts of the town. With some musicals, you tend to feel a let down in the energy level when one of the characters mopes about something or other (typically in a requisite ballad). Ballads or not, the energy here never sags. Each song is as good as the previous one and they did a great job in carrying over lyrics and melodies from earlier songs into other parts of the movie. Here's a highly entertaining trailer for the film (hopefully the rich colours of the film come through enough via the murky video): 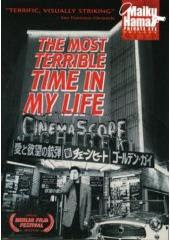 
Part homage, part parody, Kaizo Hayashi's "The Most Terrible Time In My Life" brings film noir, Yakuza gangsters and French New Wave together as one. The energy of the film and its main protagonist are straight out of Godard's "Breathless" while the story has rival yakuza gangs in the midst of a war. Meanwhile the style adds some lovely cinematography pulled from Film Noir via the terrific use of Black and White photography and its use of shadows. Not to mention the name of our detective hero - Maiku Hama. Nice. There's even room for some biting social commentary on how foreigners who integrate into Japanese society will always still be considered foreigners...An excellent combination of style and substance, this is apparently the first of a trilogy quadrilogy of films - the others being "The Stairway To The Distant Past", and "The Trap" and "Mike Yokohama: A Forest With No Name".

Thanks for the screen caps of Ms. Sugarpuss O'shea. They made my day.

Yeah, Stanwyck certainly is a tonic for what ails ya...

Just looking at your own blog sonso1 and it appears that you and I also agree that Shirley Manson will also do the trick...Especially if she's speaking (love her voice).

I love The Young Girls Of Rochefort and it's nice to see some love for The Most Terrible Time Of My Life!

I was lucky to catch The Most Terrible Time Of My Life when it debuted in San Francisco back in the late '90s. All the films in the series are well worth a look! There's actually four films, but Kino only released the first 3 in their recent DVD set. The last movie is called Mike Yokohama - Forest With No Name. My favorites in the series are the first film and the third called The Trap which takes a really surreal and dark turn.

I think you would find them all interesting viewing Bob!

Thanks Kimberly...Yes, I've already got 2 and 3 in the zip.ca queue. I'm quite curious abou the dark/surreal turn of The Trap now. Sounds great. That must've been a hoot to see the first one with an audience.