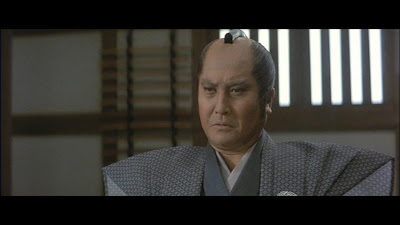 Maverick director Kinji Fukasaku's take on the samurai epic is much like his late 60s / early 70s gangster films - chock full of characters, story elements and stylistic flourishes. In other words - good fun.

The story begins in the early 17th Century with the death of the Tokugawa Shogun. The question of who will take his place is not as straightforward as it should be - particularly since it is thought that poison was the cause of death. His eldest son - the stuttering and slightly disfigured Iemitsu - was not favoured by his father or surviving mother. However, he has loyal followers who have been working against allowing the younger handsome Tadanaga to assume the power. The two brothers fall into a struggle against each other due to pride, misdirection from their supporters and outbursts of emotion. Along the way, helpers of each side fall by the wayside while ambushes, betrayals and maneuvering for political position become the methods of battle. The emperor's people are happy to see the battle continue between the sons since it will weaken the Shogun authority in the end. 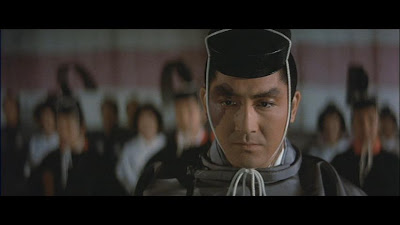 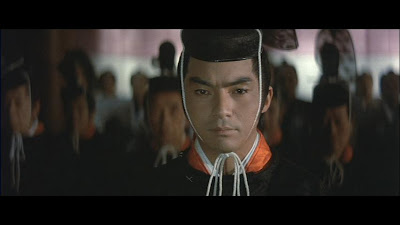 At the centre of much of the maneuvering is Iemitsu's swordfighting teacher - Yagyu. Not only is he crafty in using Iemitsu, his supporters, elders and the system itself to further his agenda, he also makes use of samurai without masters to do his bidding. Of course, his end goals don't necessarily line up with what others want...His deviousness comes out slowly during the film which makes it all the more interesting waiting to find out where it's headed.

Fukasaku keeps things moving briskly. Occasionally too briskly, but it's never at the expense of the story. There are several moments when a character shows up or an event occurs and you feel like perhaps you've missed something. But if you just trust Fukasaku, he usually fills in the gaps in one of the following scenes - he expects the audience to stay with him.

The fights are solid and exciting. You never quite know who is going to perish or end up bloodied, so the suspense stays high. As mentioned, little directorial flourishes pop up from time to time to keep things visually interesting and to change the pace of the movie - sudden freeze frames with narration, fast zooms, a set of still photos that depicts a meeting, etc. And Sonny Chiba is along for the ride... 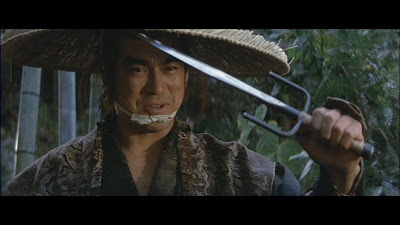 It may not have quite the emotional resonance of a Kurosawa, Kobayashi or even recent Yoji Yamada films (like "The Hidden Blade"), but a fine ensemble cast, good action and a fun to follow plot make this one of the better 70s samurai films I've seen. 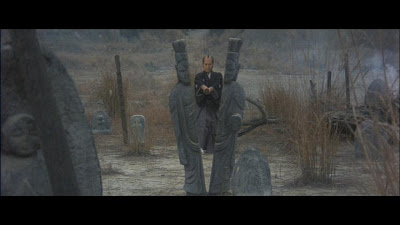