With Guillermo del Toro's name prominently placed in the marketing of this film (he is the producer), first time filmmaker Juan Antonio Bayona's "The Orphanage" is getting some good attention. As well, initial reviews seem to bode well for it (Jim Emerson, Michael Guillen, Time Magazine) with many praising its spooky atmosphere, lead performance by Belen Rueda and how scary it is. 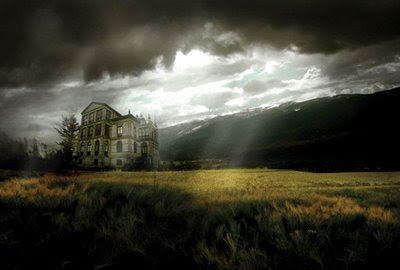 I like atmospheric horror films. A good one will bring a sense of unease every step of the way. A great one does it in such a way that you eventually find yourself curled up in a ball in your seat. But that didn't happen during "The Orphanage". It wasn't bad, it just felt very...familiar. There are attempts to build the tension in several scenes, but it never seemed to gel for me. Maybe it was the music or the editing or perhaps just a storyline that really didn't bring much new to the genre.

There is much to agree with in the positive reviews above...Rueda does grab ahold of her role for all it is worth and Bayona shows a great deal of promise in piecing together a concept using images. But in the end the film just didn't achieve for me what it set out to do. There were some solid shocks in the movie (particularly the ambulance one), but that's all they were. I jumped, but I wasn't scared. They were jarring moments (amplified with music and sound effects), but they weren't pay offs from a build up of suspense. Whatever tension there was during the movie never really sustained itself to build up a palpable sense of fear. 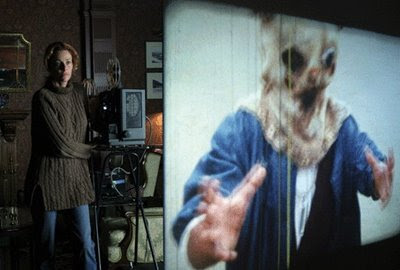 Whatever the case, I do expect that this will be far superior than the already in plan English language remake. This Spanish version is still slated for release later this year. Here's its trailer (no subtitles unfortunately):