TIFF 2007 - Dinner With The President: A Nation's Journey / Please Vote For Me

Why? Well, it's a complicated open ended question...And the series of films being promoted by the documentary project linked above encourages discussion around that very question. No clear cut answers, but discussion.

TIFF has three of that project's set of 10 films in this year's lineup (I saw a fourth - the terrific Campaign - at this year's Hot Docs Filmfest). Two of these, each an hour long, were shown back to back at my opening screening of this year's festival. "Dinner With The President" has filmmaker Sabiha Sumar sitting down with President Pervez Musharraf to discuss democracy and its importance to his country Pakistan and "Please Vote For Me" chronicles the three way election race for a class monitor in a Grade 3 Chinese school.

Both films show sides of their countries' cultures and make-up that are vastly different than what we here in the "West" are used to. How do you bring democracy to a large illiterate and very poor population in Pakistan (or even, DO you bring democracy to that population?) while taking into account a feudal society and calls for Islamic Law? How do you explain democracy to children (and their parents) who have been under Communist rule for their whole lives? Not your typical issues for many of us.

And yet...Throughout both films, it was the similarities that struck me most. 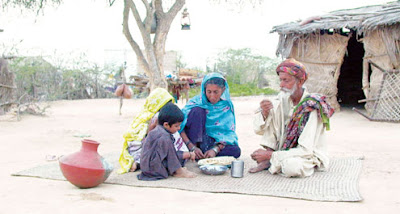 Though the core of "Dinner With The President" is indeed a meal with Musharraf, there are many other interviews and discussions with other Pakistanis. The most telling and interesting are with the poorer citizens. One woman when questioned about the president's name, shrugs and says "Well, I knew his name but forgot...". The question is posed - what use does this family even have for democracy? They have simple needs.

Director Sumar (a woman) confronts a number of different men about double standards and the role of women. In one discussion with a group of male truck drivers she asks why their women must remain in their trailers and aren't allowed to come out. As the conversation continues, one man actually says to her "we want to be like you". They want the education and the ability to get out of the circular paths and deep ruts their family lines have been trapped in.

She also talks with a group of Islamic extremists and eventually makes them run around in circles trying to defend their interpretation of the Koran. It's very reminiscent of other extremist viewpoints.

On top of this interesting set of opinions from the population, you get Musharraf himself. A dictator (he gained power in 1999 during a coup) who embraces democracy, but admits he would never stand for election himself. It appears that he is trying his best for his country and is so far holding off the extremists, but the population never actually asked for him. So is a dictatorship really that bad? 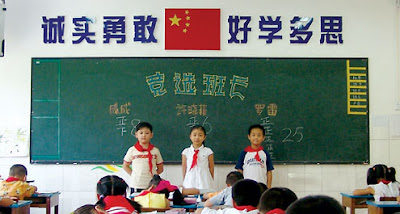 Before the screening began for "Please Vote For Me", the editor of the film mentioned to the audience to keep in mind that the children in the film were brought up in the time of the single child policy (which began in 1979). Many of their parents are single children as well, so there are few cousins or extended family members around. As well (as discussed during the Q&A), these children are expected to do well enough to support not only both their parents later in life, but any remaining grandparents as well.

So there is a great deal of pressure to succeed. This creates a situation where the children are both doted upon (shown in one sequence when many parents carry their 8 year old children over puddles during a rainy school dropoff) and forced to do a great deal of study and work. The parents become very involved in these facets of their children's lives and this carries over into the "experiment" of the classroom election.

So it should be hardly surprising that the children become as competitive as they do. But what is surprising (and again reminiscent of familiar tactics outside of China) is the skilled maneuvering used by these children.

In particular the young boy Cheng Cheng. He makes promises to secure votes, attempts to sabotage the other candidates presentations and engages in an impeccable display of deflection of blame:


You likely won't be able to come any closer to answering the question "Why Democracy?" by the end of both of these films. But you should certainly have a much greater understanding of why the question needs to be asked.
Posted by Bob Turnbull at 21:09

Nice job. I'm disappointed to have missed these and will try to track them down. The Why Democracy site looks like a great resource and maybe they'll release all these on DVD themselves.

Yeah, I hope they do...Both of them (and "Campaign" as well) raise pretty interesting questions without any soapboxing. I'm curious about the others in the series.